A friend of ours was having a birthday and much chin scratching was had. Ideas for gifts were debated and we settled on creating something really personalised. 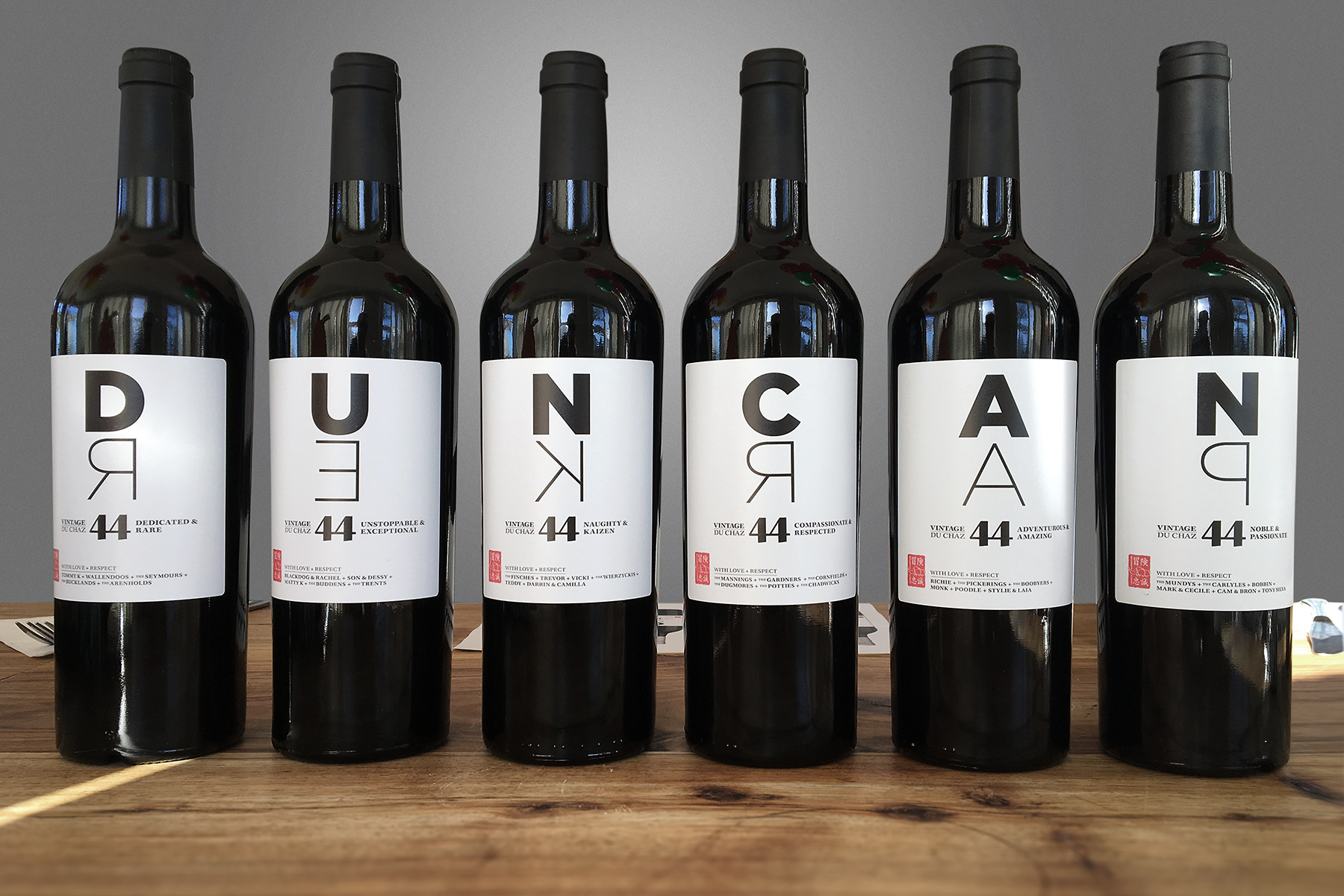 We created a set of six wine label designs which capitalised on the fortuitous fact that both our friends first name and last name contained six letters.

The outstanding business, GetWine personalised wine label service and the results are superb. It was a lucky coincidence that said friend’s first name and last name contained six letters each. We were therefore able to create a series of six labels whereby the first name was stacked upon the surname in reverse. We then took the two resulting letters and created adjectives which we felt best expressed his personality and attached these to the label too. It was a team effort with a bunch of us, so there was a little crowdsourcing involved.

The birthday lad in question is quite a fan of Japanese culture and design so we researched regional liquor and wine branding to emulate the feel. Each individual bottle therefore works on their own – but again as a family once they are lined up. It was a busy time in the studio for us, so we kept ourselves focussed and the job was completed quite quickly in under four hours. Nothing like a little bit of constraint to get one focussed!